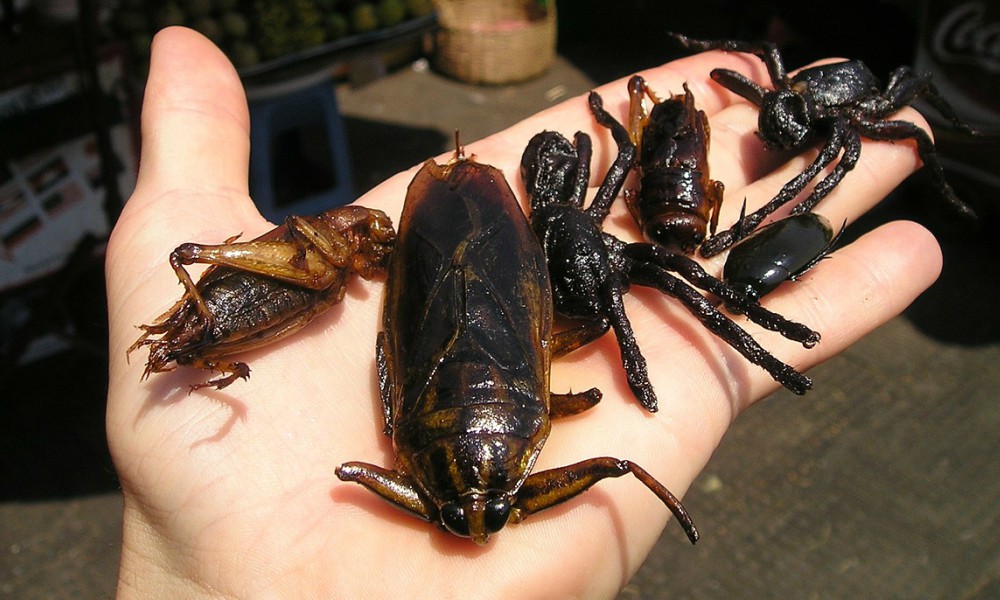 For most people, the thought of eating bugs is as vomit-inducing as thoughts get, but a new study shows that insects were the food choice for our earliest ancestors and can still be eaten and digested by almost all existing primates, including humans.

The prevailing wisdom for the longest time has been that mammals didn’t produce an enzyme that could break down the exoskeletons of insects and, as a result, couldn’t effectively digest the little critters, but scientists at Rutgers University and Kent State University have proven that isn’t necessarily true.

Published in Molecular Biology and Evolution and led by Mareike Janiak, a doctoral candidate in the Department of Anthropology, the study examined 34 primate in search for genomes for CHIA, a gene necessary to break down the hard outer covering of insects called chitin . The researchers found that while most living primates have only one copy of the CHIA gene, our early primates ancestors had a minimum of three working copies, leading them to conclude that insects were an important source of food for early humans.

Primates like the tarsier, which eats more insects than any other primates and only exists on islands in Southeast Asia, have five copies of the gene because it was duplicated specifically in this lineage. It’s yet another case of use it or lose it, with Janiak pointing out:

“As some primates evolved to be larger and more active during the day than at night, their diets shifted a bit to other foods like fruits and leaves. Insects became less important and their digestive enzymes changed, but most living primates still have at least one working CHIA gene.”

There is still debate in the scientific community on how effectively humans can digest an insect’s exoskeleton, though cooking makes them much easier to chew and digest. Some studies have found that human stomach enzymes can digest the harder-shell outer covering of the insect, while other researchers say they cannot find any supporting evidence. 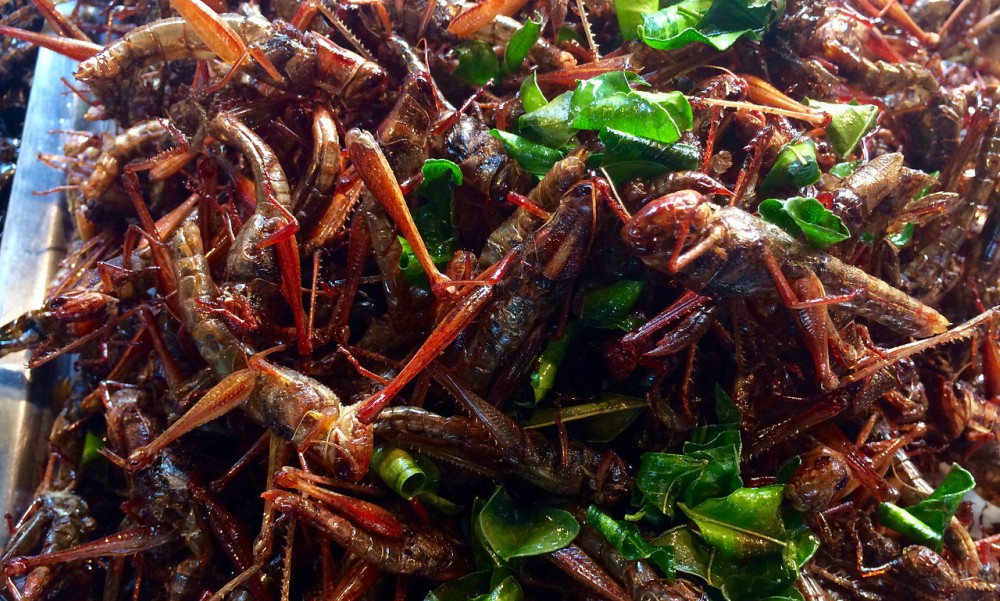 This might be because of the human subjects used in most studies on the matter, which Janiak noted have exclusively involved Western culture participants and not people from various cultures that actually eat insects regularly. In fact, according to the United Nations, insects make up part of the traditional diet of 2 billion people around the world, and 1,900 species are considered both edible and a highly nutritious food source, boasting healthy fats, protein, fiber, vitamins and essential minerals.

While the consumption of insects is common in Asia, Africa and other parts of the world, most Western consumers aren’t keen on eating whole, freeze-dried, fried or even processed insects, with a Dutch study in 2017 finding a presumption that cattle who had eaten insects could have meat that’s tougher to prepare, not as safe and not as flavorful.

We don’t expect this study to change the minds of squeamish eaters, but the fact that insects are loaded with nutrients, are available in great numbers, and don’t need many resources to produce (e.g. they have a far smaller environmental footprint than beef or chicken) may make them be best food source to accommodate the world’s rapidly growing population, which is expected to increase by 2 billion people over the next 30 years.

Despite their numerous nutritional advantages, insects have a tough road to becoming a culturally acceptable food choice, especially in the West. Whether ground into an unrecognizable powder or served whole, there is just something about them that many people can’t find palatable, no matter how much scientists insist that they are a healthy food choice.

Oh, what will we eat when the world actually does come to an end? What indeed…

In this article:Insects, Weird Food