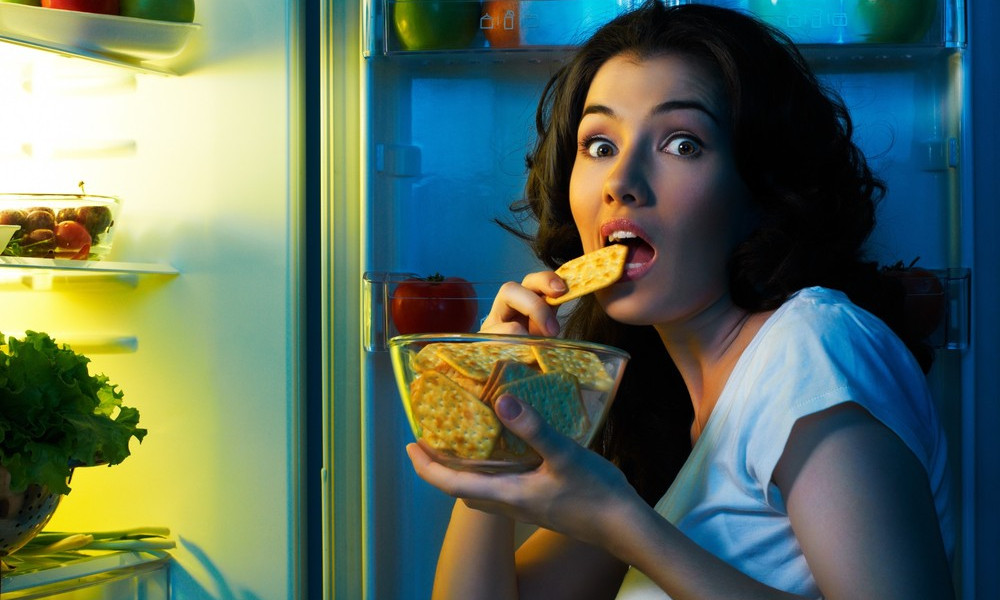 There have been many studies correlating sleep deprivation with a wide range of health risks, including decrease in alertness and increased risk of heart disease, diabetes and high blood pressure. But what about a possible link with food cravings?

Researchers have long known that lack of sleep is associated with binge eating or just plain eating uncontrollably whenever and wherever, but a new study published in online journal Sleep suggests that the same chemical mechanism behind the munchies might be why sleep-deprived people not only feel hungrier, but also become buckle in the face of a big chocolate bar.

The study involved 14 volunteers aged 18 to 30, all of whom were first given four nights of either normal (8.5 hours) or interrupted sleep (4.5 hours) and then two meals and unrestricted access to all kind of snacks — both healthy (e.g., fruit and yogurt) and less-healthy options (e.g., chips and cake).

When the researchers monitored their endocannabinoid (eCB) levels, they found that those participants who had been sleep-deprived reported feeling hungrier and tended to eat the less-healthy snacks.

Moreover, they eat nearly double the fat and protein of the well-rested participants and exhibited an exaggerated cycle in their endocannabinoid levels, with an especially high level in the afternoon — around the same time they reported feeling the hungriest.

Endocannabinoids are chemicals that our bodies naturally create to play a part in such physiological processes as appetite, pain-sensation, mood, and memory. They also to activate the same receptors that get people high from consuming marijuana, explaining the temptation for food stemming from sleep deprivation.

Have you ever felt so tired as to almost feel high? Well, this might be the reason…

Scientists hope these findings will lead to further scientific discoveries on food cravings that would aid in the treatment and control of binge eating.