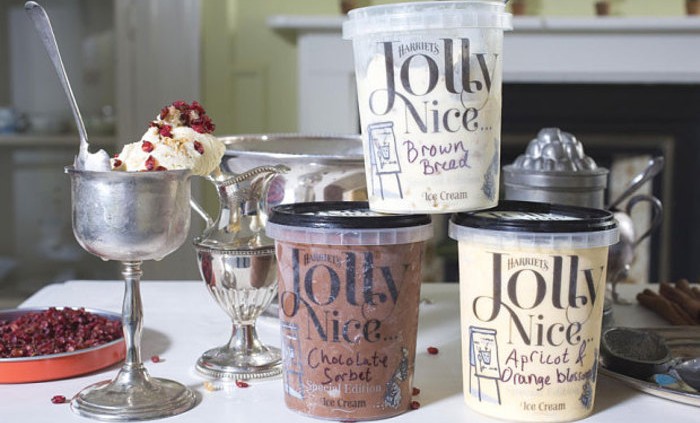 Have you ever wondered what ice cream from 300 years ago tastes like? Did you even know that ice cream has been around for that long? Well, the Queen Caroline’s Garden Party held at Kingston Palace in the United Kingdom had 300 year old ice cream for attendees to enjoy.

As an annual event that celebrates “the glittering Georgian court of King George II and his fascinating wife Queen Caroline,” circa 1732, the Queen Caroline’s Garden Party is about everything Georgian, including a Georgian era ice cream recipe that requires just 2 buckets, a little salt and some ice to make.

In an interview with The Telegraph, food historian Tasha Marks said:

“Ice cream was the cutting edge of technology back then. They were all shaped with metal moulds that were sealed with wax and then painted with edible lead oxide or sulphur to colour it.”

Apparently, people those days thought lead oxide was edible, but we know better…

It takes less than hour to make the mouth-watering, old school ice cream. In fact, using the primitive Georgian method, it takes approximately 45 minutes for the ice cream to take form.

The primary reason why it takes so little time than usual is because Georgian ice cream recipes use less sugar than modern ice cream does. It also party has to do with a chemical reaction where the salt melts the ice, turning it into water that can exist at a much lower temperature than zero degrees.

“First you fill a bucket with ice. Then you put a smaller metal bucket inside it, which is filled with your ice-cream ingredients. Next you pour salt onto the ice cubes and stir it occasionally. That’s it. In under an hour you’ll have solidly frozen ice-cream.”

With regards to the various flavors, Georgian ice creams were quite experimental and combinations were as wild as rose sorbet, pistachio with lemon and cinnamon and even lemon and brandy. The asparagus ice cream, in particular, was very popular in the 1700s.

What is the craziest or oldest ice cream recipe you have ever tasted? Let us know in the comments below.

In this article:Dessert, Ice Cream, Snack