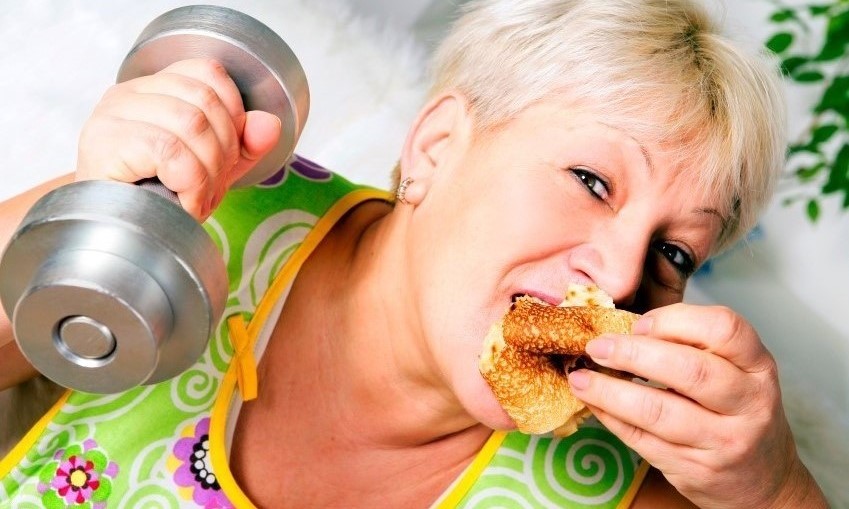 There is popular misconception that as long as you exercise on a regular basis and at a moderate to intensive pace, you can eat anything you want, including mountains of junk food. Well, not only is that not true, but a new study has found that exercise may actually make people eat more than they normally would and, thus, quickly gain back all the calories and fat they burn.

Make no mistake that exercise in and of itself is good for your cardiovascular health. However, any weight-loss from hitting the gym is not permanent. In fact, according to Steven Bray, a health psychologist at Canada’s McMaster University, when calories are burned during exercise, the body feels empty and tries to find ways to replace the lost calories by driving up hunger.

In a small study carried out by McMaster kinesiology Prof. Martin Gibala, one that looked at how much men and women chose to eat after a session on stationary bicycles at varying levels of intensity and how much calories they burned, one participant (Jeninel Sayes) noted how hungry she became, stating:

“I kind of got hungry and started craving a big meal so I chose pizza, as well as fruits and vegetables. I think it is based on how much I sweat out.”

The average person burns off only 200 to 300 calories after a lot of time exercising at a moderate pace, which isn’t a lot considering that something as small as a commercially-prepared apple fritter can contain 290 calories and three-quarters of a blueberry muffin has 330 calories.

Indeed, both Gibala and Bray agree that the most challenging part of maintaining a healthy lifestyle for health-conscious people is having the will-power to not consume calories faster than they are burned through exercise. Gibala stated:

The fact that many of us feel hungrier after exercising only exacerbates that issue, and we shouldn’t forget that overeating leads to the expansion of the stomach and, thus, even more eating. It’s a vicious cycle.