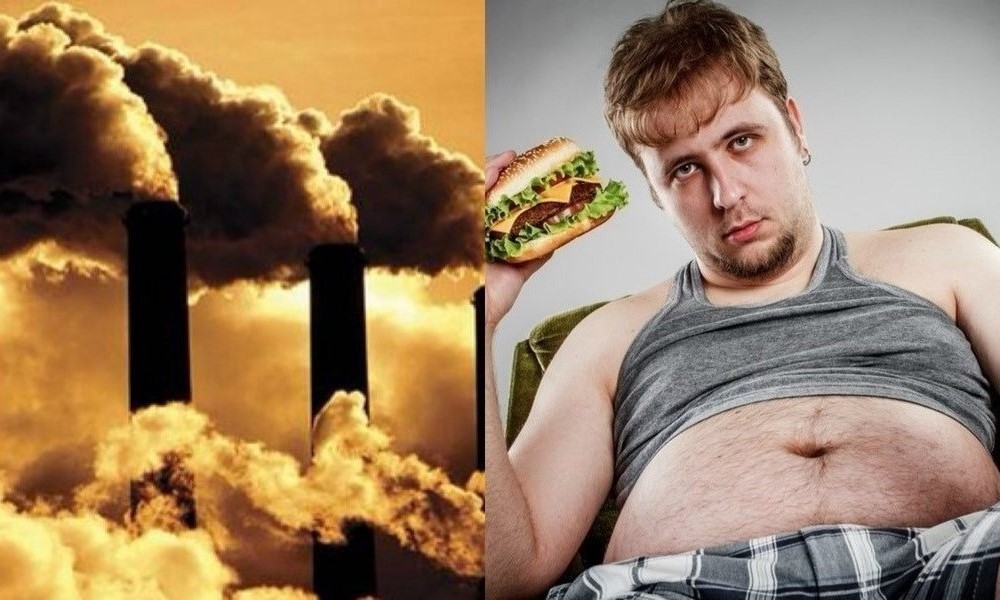 Scientists have long acknowledged and accepted the dangers of climate change — melting of glaciers and polar ice caps and what not — but they might have overlooked its effects on humans. Earth heating up might actually makes us fatter!

According to a report released by the U.S. Global Change Research Program, one that predicted the possible consequences that rising CO2 levels may have on global food supply with regards to quality and nutrition, produce from plants will contain lower levels of protein and micronutrients but higher levels of carbohydrates if CO2 levels continue to rise at current rates.

This conclusion is especially disconcerting when considering the high obesity levels in most developed countries, especially the United States. What it is essentially saying is that if people were to eat the same amount of plant-based food as they do now, there will actually be increased cases of malnutrition and micronutrient-defiecients.

From another perspective, if future populations increase their food intake in order to obtain enough micronutrients to keep the body running, it would result in an even more pronounced increase in obesity levels.

It seems that however way you look at it, you and everyone you know is going to get fatter.

The link between CO2 levels and nutrients in plants is a well-documented one, with U.S. Department of Agriculture (USDA) plant biologist Lewis Ziska confirming that the agency expects more than 90 percent of plants to see a rise in carb content with a corresponding fall in protein and other nutrients.

It’s not all bad news, however, at least not entirely. Ziska added that corn, sorghum and legumes may not see such a a sharp decline in protein content relative to other plant species due to their different, more resilient photosynthetic pathways.

It’s not just the U.S. Global Change Research Program that believes global warming could potentially turn our fruits and vegetables into junk food — numerous other studies have arrived at the same conclusion that there has been a steady decline in the nutritional content of plant-based foods over the past sixty years. Fortunately, researchers are already hard at work trying to mitigate a potential nutritional wasteland.

Rice, one of the most important source of calories for a significant percentage of the world’s population, is being used as the main test case. By documenting how rice with different protein concentrations react to increased levels of CO2, researchers hope to find and cultivate the types that retain their nutritional makeup the best.

I never imagined living to see the day when eating fruits and vegetables is considered unhealthy. How do you feel about the idea of climate change making you fatter?